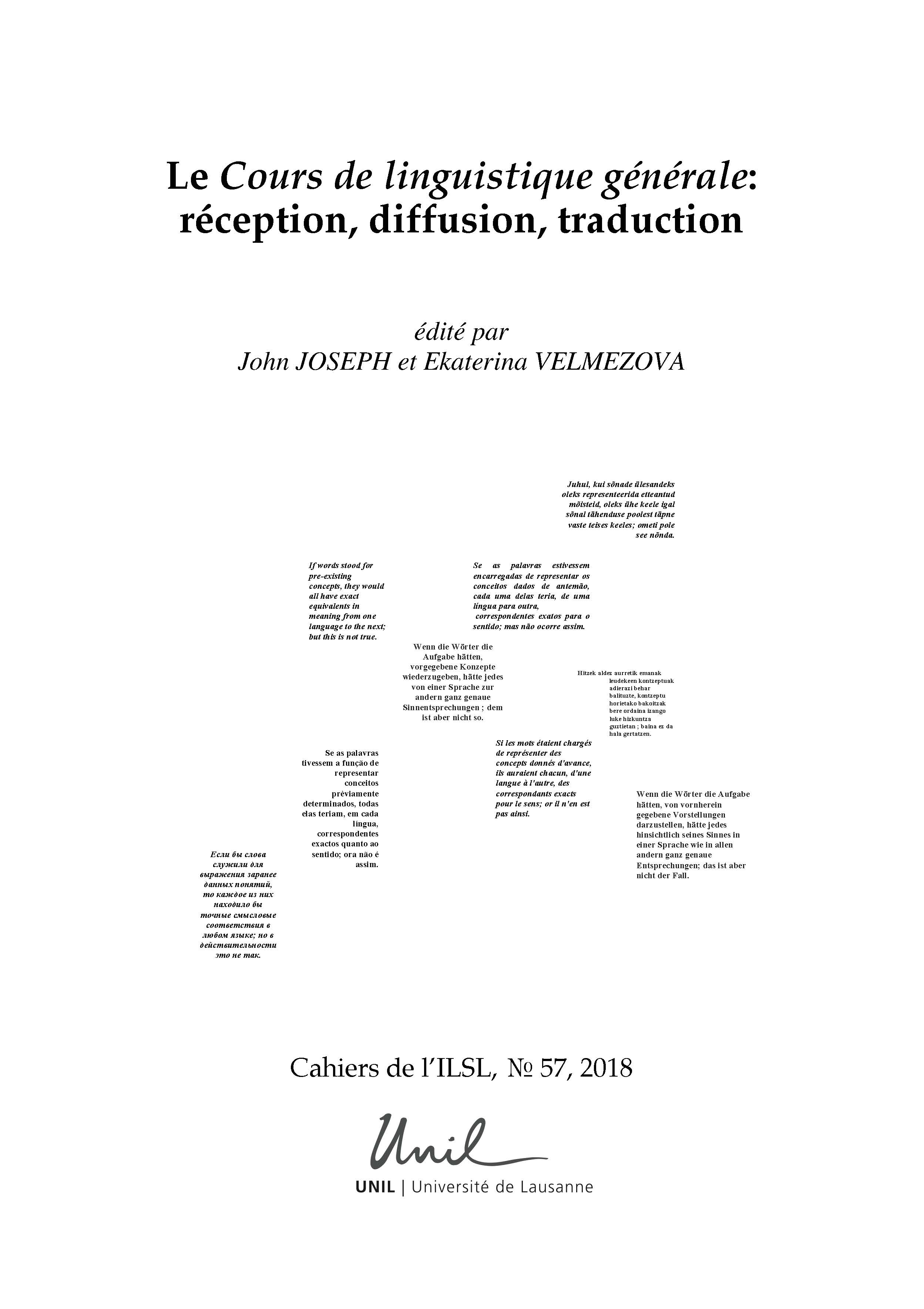 Starting from De Mauro’s edition of Saussure’s Cours de linguistique générale (CLG), this article will focus on its Indonesian translation by Rahayu Hidayat, Pengantar Linguistik Umum (PLU) (1988). First, we will analyse the translation strategy of PLU, in particular its Indonesianisation of Saussurean dichotomies and terminology, and how it addresses the gap between the French original and the Indonesian reader. Then, secondly, we will take a closer look at the introduction in Indonesia – in three steps well before 1988 – of Saussure’s ideas and synchronic structural linguistics: in the 1940s, through the Dutch Javanist Uhlenbeck; postindependence, by the Indonesian linguist Wojowasito in 1961; then in the 1970s and 1980s, as part of the ongoing modernisation of Indonesian linguistics. Post-1988, finally, we will consider the impact PLU has had, in linguistics as well as in socio-cultural semiotics. In this process of intellectual transfer, reception and renewal, PLU occupies a pivotal position, presenting Saussure as founder of structural linguistics, between the other contributions he made, respectively as critic of historical linguistics and as seminal semiotic thinker.